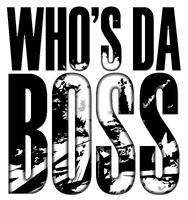 In order of level.

Since EP4.4, all bosses, except the Energy Core now reward special "boss capsules" that are given to players based on damage dealt to them.

Note: According to the damage caused, different Gears will receive different bonuses in the prizes.

Retrieved from "https://aceonline.fandom.com/wiki/List_of_Bosses?oldid=11977"
Community content is available under CC-BY-SA unless otherwise noted.