Last Nation Standing. This event has been around since SCO. The GM will summon an equal amount of players from both ANI and BCU into one of four maps. Event Map #1 , Event Map #2 , Event Map #3 and Watermelon Island. Once Summoned your object is the eliminate all players on the opposite nation. Upon death in any of these maps, you will be towned. You may use any item in your inventory during the fight.Are 3 rounds and win the best of 3, in case a nation wins the first two rounds will not play the 3rd round.

Players from both nations will be summoned to Watermelon Island. They must both work together to defeat the five waves of monsters within 20 minutes. If both teams combined fail to meet this deadline, neither nation will win the event, nor the bonus prizes. We will do re-summons until about wave 3, then both teams cannot get any more replacement players. If all the waves are defeated in time, whichever nation is the last nation standing wins a bonus prize. The losing nation will also receive a lesser prize.

This event is similar to the triple threat event, but with a twist!

Players from both nations will be summoned to their own seperate Watermelon Island. Once summoned, it is a race between each nation to destroy their waves of monsters before their opposing ntion defeats theirs. The nation that completes their waves first wins.

These events are a month long rather then an hour long. The goal is to accumulate as much fame as possible. The more fame you get, the better prizes you can receive by the month's end.

Gambling Guessing Game. A GM will enter the nation's town and use Super Gambles only to gamble 5 different weapons. After the GM super gambles the first item, they will first ask the citizens in map chat only what is the prefix or suffix of the weapon? Players will then give their best guess about what the gamble is. The first player to guess correctly will win a prize. Note, we will be only accpeting the first guess by a character in map chat only. After that round, they will ask the players what the other fix on the weapon is, etc. This will occur for a total of 5 weapons, meaning 10 guesses are to be made in total.

A GM will align with a nation (one per nation) and go on an announced map's supply pad. They will announce the map the day of the event. The server announcement will display questions about Ace Online. The nation that types in the correct answer in map chat first will get a point. The nation that answers four out of seven questions correctly will win.

Similar to the "Whack a Mole" game, the GMs (one per nation) will be hiding invisible in one of 9 different combat maps. The maps are: Crystal Cave , Plains of Doleful Melody , Herremeze Relic Site , Den of Site A , Bark City , Den of Site B , Redline,Starlite Valley andZaylope Beach . For the duration of the event, they will both pop up visibly in one of the 9 maps for 10 seconds. They will both appear on the same map at the exact same time. Your goal is to kill your nation's GM within that 10 seconds. Each GM will not heal, but they will go invisible again after 10 seconds and move to another map and pop up for another 10 seconds. At the same time, players will have to compete with the other nation along the 9 combat maps, creating a chaotic mess to distract form finding the GMs.

At 5:25 server time, usually a give out is given. The items are random, and this only happens on weekdays.

The Persuit of Knowledge

A GM will align themself with a nation (one per nation) and go on an announced safe map's supply pad. They will announce the map location shortly before the event. The server announcement will display questions of general trivia about the world outside Ace Online.

To further clarify: there will be no questions about ACE Online in any capacity.

Lowbies will be warped to Watermelon Island, the high levels will have to travel to the designated channel maps which will be announced. Basically, golds will be spawned and you'll have to shoot 'em down for the rewards.

GM in a Haystack

This one is familiar to many. The whole idea is to kill the GM who is hiding under a massive pile of monsters. Need to accomplish the prize goals before time runs out. (which is 15 minutes) A GM will be on for each nation at the same time for each server.

1: Hide as a monster

2: Hide as a unnamed player

The nations would have to fly around their own safe channel maps to find the GM. This time, we would add a new twist and include the ID to FF safe channel lines.

Players need to B-stop beside the GM and call "I found you" on the local chat to confirm the find. As usual, GM's need to find the GM as many times within the given timelimit also.

The nation will get 1 Subacap per GM Find. Also there will be the usual bonus 5 Subacaps for the event.

That's right, it's Nation vs GM. One GM per nation will spawn on a safe map for each nation, and the objective is to try to kill us. We say try, because it will be a challenge. We ate our vegetables growing up! Each nation gets 5 Suba Capsules for showing up, and will receive 1 additional capsule per GM death. Hurry up, though. You will only have 15 minutes.

Holiday Events are as they say, events usually based on a holiday or for fun. Rewards and time may vary to pretty much anything. Usual events include: Christmas, Halloween, Easter, and others. 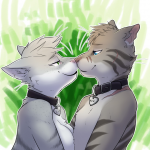 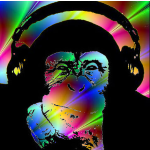