The Dissolution Factory basicly breaks down any type of equipment, with several exceptions of event weapons, armors, engines and radars, into Ionizing Particles which can be used to enchance/boost certain items.

The Interface of the Dissolution Factory: 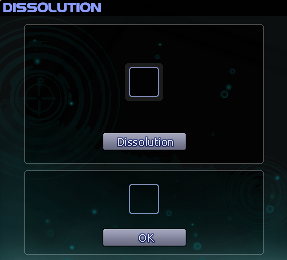 Simply carry them around in your inventory, they are automatically consumed by P.E.T's, Kits and Heals.

Retrieved from "https://aceonline.fandom.com/wiki/Dissolution_Factory?oldid=10516"
Community content is available under CC-BY-SA unless otherwise noted.